Who still remembers? Full of dread, you check the data consumption of the last two ringtone downloads via SMS code. Fast forward a few years and you get used to saving all possible public WIFIs on your iPhone 3G so that the cell phone bill doesn't turn out too high. Soon, providers are advertising a whopping 2GB of data volume included, and shortly thereafter, the first unlimited subscriptions are available at exorbitant prices. Today, you can surf for as little as 10 francs a month. For us, this is a clear trend away from volume and towards unlimited data connections. What remains is the question of the right speed: Is faster always better? Or can you actually save the money for high-speed Internet?

A first-time study of mobile data consumption in Switzerland was published by the Sotomo research institute in May 2021. The result: In the period between 2010 and 2021, the volume of data transmitted on one of the three Swiss networks increased by a factor of 200, i.e. around 200 times more data was transmitted in 2021 compared with 2010. In the same period, however, the number of smartphones has only tripled.

The trend in the volume of data transmitted is not only rising, but almost exponentially so. In other words, significantly more data is transmitted in relation to the number of devices in circulation than could be explained by the number of users alone.

This not only places a heavy load on mobile networks, but also raises a fundamental question: Are limited data volumes still appropriate in view of such developments? And what about the average connection speed required?

What is noticeable in everyday use is that the required transfer rate for video streaming, for example, is only increased by the transmitted quality, but not by the video length or the duration in which different videos are viewed.

In comparison, the data volume increases much more strongly with increasing usage, which is why many users who only have a limited data volume are generally more restricted in their usage than those with a flat rate.

The illusion among many: The faster the connection, the higher the quality of the service. However, if you look at the required bandwidth for various applications, you will quickly see that most everyday applications are possible even with a relatively low speed. Netflix, for example, recommends a connection speed of between 5 and 15 Mbit/s, and 5-10 Mbit/s is already sufficient for normal communication or working in the cloud without any problems.

Nevertheless, many providers still rely on limited data volumes and charge customers dearly for additional use. At the same time, they advertise high speeds that are hardly achieved in practice. This does not have to be the case.

Fair Billing Only Works With a Flat Rate

Today's customers depend on a constant and reliable data connection, and the effective data consumption is mostly determined not by the users but by the applications. YouTube and Netflix videos are resolving at ever higher rates, Google Maps is downloading information about nearby locations more and more frequently, and the list of apps is long.

Tying users to a limited data volume may be attractive from the provider's point of view, because these volumes are exceeded more and more frequently, but it is no longer appropriate.

Digital Republic has chosen a different path. We don't charge by data volume, which is exhausted faster anyway, but by the speed you need. This way you can decide for yourself which speed suits your application and you don't have to worry about a limited data volume.

The Future of Mobile Data Is Unlimited

If you observe personal use in everyday life a bit, you will quickly notice that the Speed is rarely the problem.

Therefore, it is questionable whether it makes sense from a customers point of view to pay for a high-speed connection that you do not need on the one hand and cannot utilize anyway due to the shared antennas on the other.

The best way to illustrate this is with an example:

Streaming a 10-minute YouTube video at 1080ppi consumes about 506 MB of data volume. Therefore, limited volumes are used up correspondingly quickly. The speed that is needed to watch the same video smoothly is only 5 Mbps. So, if you pay for a high-speed connection and also have a limited data volume, you'll be left out in the cold twice. You pay for a speed that you don't need and then add additional volume just to be able to stream and surf normally.

But even those who do not stream videos are increasingly confronted with large data volumes. The consumer magazine K-Tipp showed in an experiment that even scrolling through the Blick app once consumes around 40 MB of data. This is primarily due to a large amount of image material and animated ads that run automatically as soon as users see them on their screen.

Under these circumstances, data volumes seem even more antiquated. Add to that long contract terms and cancellation periods, and the frustration package is complete.

If data consumption continues to rise at this rate (which is to be expected), the future will definitely be characterized by flat rates. For Digital Republic, this is already true today! That's why all our Rates include 5G, unlimited data volume, no minimum contract period and no cancellation period. Kündigungsfrist.

Anything else would simply not be fair in light of modern day needs. 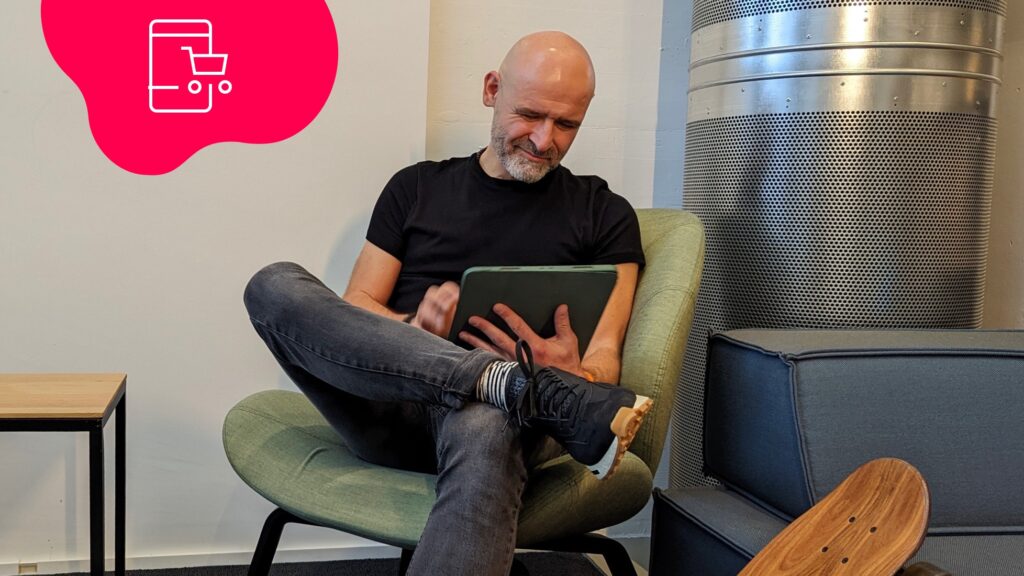 Mobile working is becoming more and more common and the feature set of tablets is getting bigger and bigger. One question remains: Should you buy the cheaper Wi-Fi version or a tablet with a SIM slot? We classify.
Read more 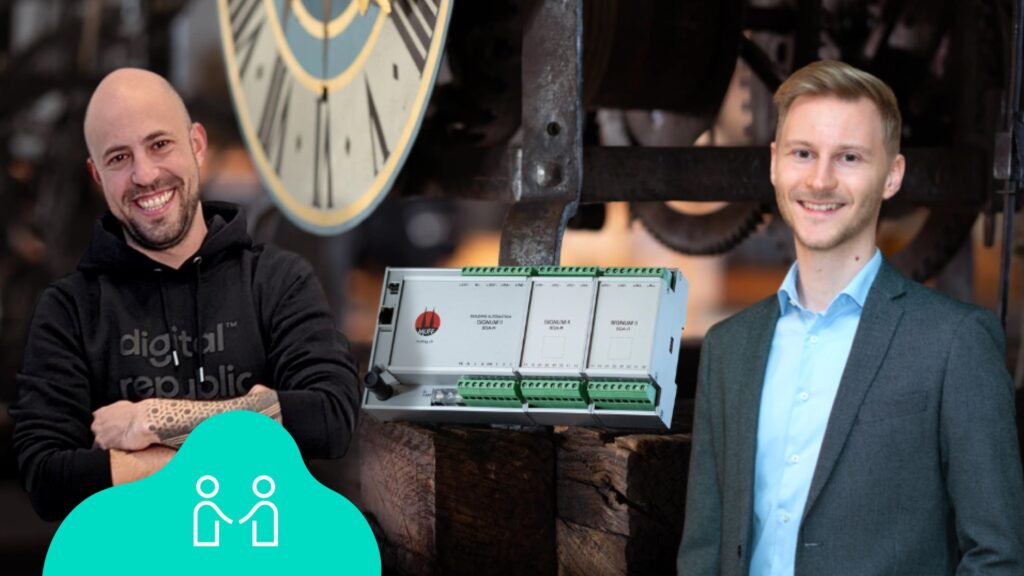 When you hear "IoT", the first thing you probably don't think of is sacred buildings such as churches or monasteries, but appearances are deceptive. Muff Kirchturmtechnik AG has been steadily developing since 1918 and with SIGNUM 2 offers a complete automation system for churches, from light and sound to bells.
Read more 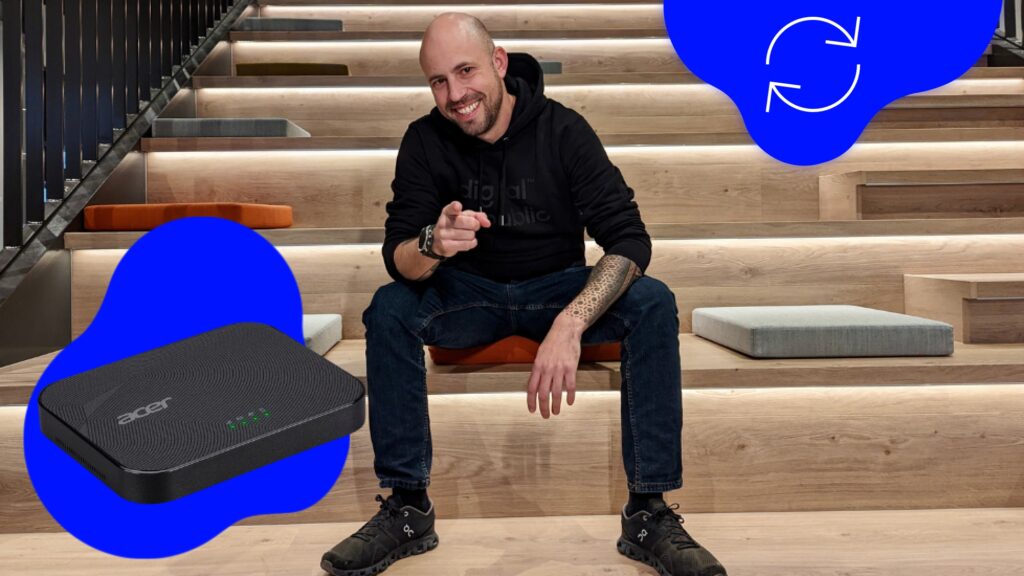 5G Home Internet is three things: simple, fast and untethered. These three benefits are becoming more important every year, and the features that 5G brings as a network standard make mobile connectivity a key component for the connected future. At home, too!
Read more 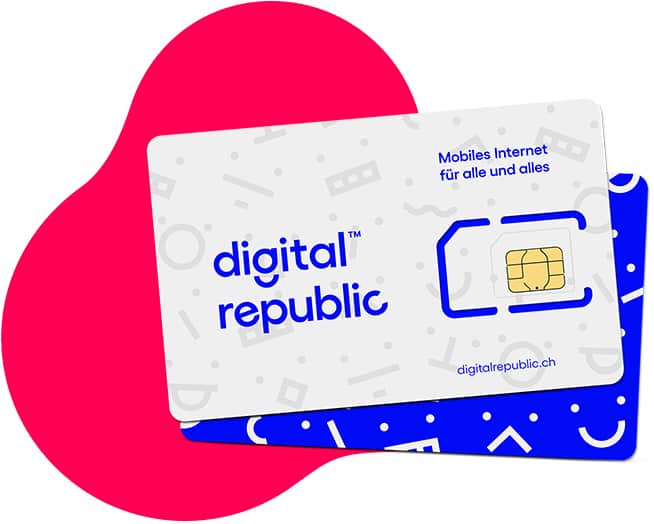