The trend has been apparent for quite some time, but now it is becoming real - at least in the USA! Apple presented the iPhone 14 at its last keynote. In addition to numerous innovations, one peculiarity was only briefly mentioned, but it will have a lasting impact on the mobile phone market. The iPhone 14 will be delivered in the USA without a physical SIM card slot. The new iPhone is therefore an eSIM-only device. This is a dream of the future, which will probably also find its way into the rest of the world with the upcoming models.

The iPhone Helps the Esim Achieve a Breakthrough

Many smartphones have supported it for years, but in this country the physical SIM card is still the standard. (more on the background to this can be found in our exclusive interview with Ralf Beyeler).

However, since the Apple keynote, it has been clear where the journey is heading - and how rapidly it will proceed: the smartphone, but also other IoT devices - will be completely digitally networked by means of eSIM and many things will become easier and faster. Digital Republic has been relying on the eSIM for a long time and all our tariffs can be loaded directlyusing a QR code. And that within just 5 minutes.

As with all big changes, a certain skepticism is noticeable among users when it comes to doing away with the physical SIM slot. The topic is the subject of controversial discussions, and anticipation and excitement are sometimes accompanied by uncertainty. How beneficial is the eSIM really? Will users lose autonomy or privacy?

First of all, the eSIM means one thing for users: increased flexibility. It will be possible to store several profiles on the same device and change or re-register them within minutes. This expands the existing dual-SIM functionality to include even more phone numbers and also makes surfing abroad easier. Roaming will become increasingly less important with the eSIM and surfing while traveling will become cheaper.

If you want to change your provider, you can do so within a few minutes with the eSIM or simply test a new provider alongside your current one without having to port your number or cancel your old contract. This extends the autonomy of users. It is no longer necessary to choose one (or at most two) SIM cards, because you can switch between the eSIM profiles directly on the device.

If the eSIM is met with skepticism, this is often due to privacy concerns. The eSIM eliminates the option of simply removing the SIM card from the device, and some users are concerned about this. Is the eSIM a surveillance tool?

The abbreviation "SIM" stands for "Subscriber Identity Module" and is used for clear identification in the mobile communications network. Without this identification, neither sending nor receiving data would work because the addressees could not be assigned. The "e" in "eSIM" stands for "embedded". The only difference in functionality between the conventional SIM card and the eSIM is that the eSIM stores a digital address on a permanently embedded chip, whereas with the conventional SIM card a digital address is stored on a physically replaceable disposable card and then inserted into the device. The eSIM therefore neither collects data nor is it any more suitable for monitoring than the conventional SIM card.

A positive side effect of the permanently installed eSIM is that the SIM card cannot simply be removed if the device is stolen. This makes it easier to locate a stolen smartphone and makes it more difficult for thieves to prepare the device for resale.

The eSIM Is Here to Stay

If Apple is known for anything, it is for forward-looking hardware. It would not be the first time that a trend from Apple devices spreads to the rest of the market. It will be the same with the eSIM, because the technology has been spreading increasingly across more and more mobile markets around the world for some time now. The effect can also be observed in the hardware, be it the elimination of the headphone jack, the replaceable battery, or the memory expansion via SD card. The eSIM is also becoming increasingly present in Switzerland.

Digital Republic was among the first mobile operators to include the eSIM in its offering, and we are ready to play a part in shaping mobile connectivity going forward and harnessing the potential of the eSIM for Switzerland. It should be free, fair and progressive, which is why with an eSIM from Digital Republic you benefit from all the advantages of a modern solution: flexible rate design, no minimum contract term, no cancellation period, everything unlimited.

Even if the iPhone 14 still comes with a SIM slot, the signs are clearly in favor of the eSIM. We will continue to monitor developments for you and constantly adapt our offer so that you can always benefit from the most advanced technology available in Switzerland. 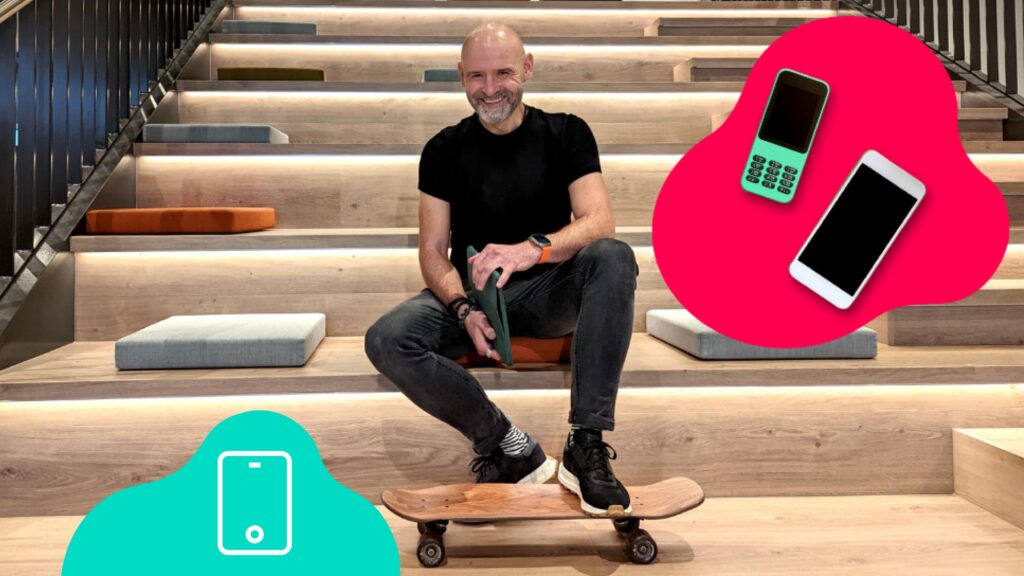 Smartphone for the Child - What to Consider

Sometimes sooner, sometimes later, but at some point it is due: The purchase of the first smartphone for the child. What you need to consider when choosing a device and provider are security, transparency and cost protection. We have the tips you need.
Read more

Modern applications are consuming more and more data. According to a study by Sotomo, the volume of data transmitted via mobile devices in Switzerland has increased by a factor of 200 within 11 years. At the same time, a higher transmission rate is hardly ever needed. Are limited data volumes and advertising for high-speed Internet still appropriate under these circumstances?
Read more 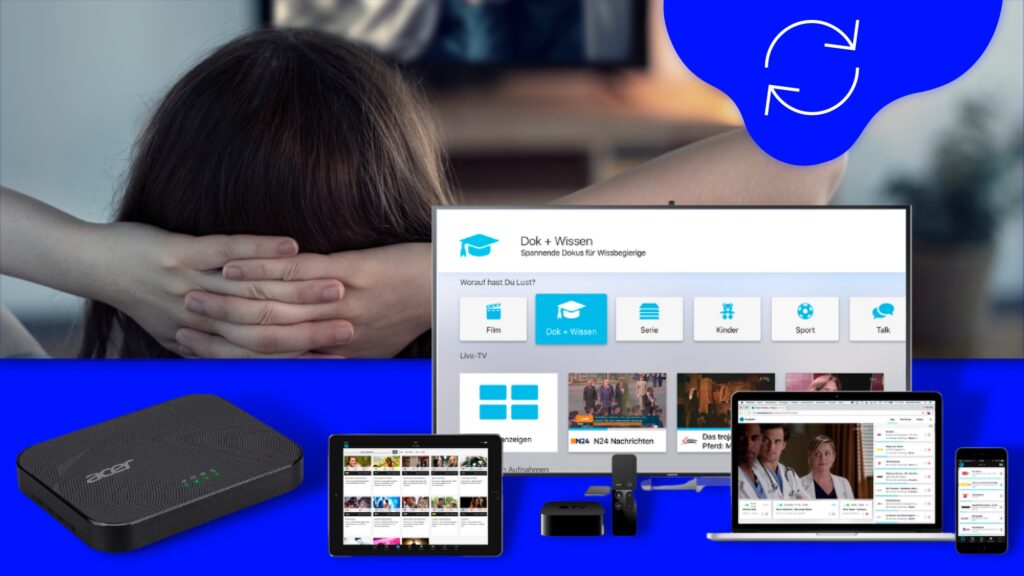 Internet and TV - Where Separation Pays Off!

Bundles can seem quite tempting. However, when it comes to Internet and TV, it can be worth separating the services. We show you how you can bingewatch with a SIM card from Digital Republic and TV streaming services for just 34.90 a month.
Read more 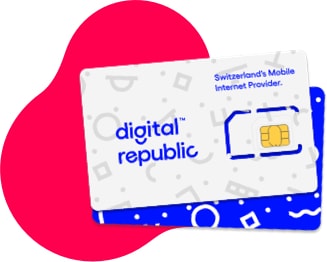